Becky Schipper has served on the bargaining team for her Hudsonville Education Association in some capacity for 15 years, and during that time not much changed in the art of negotiating—until now. 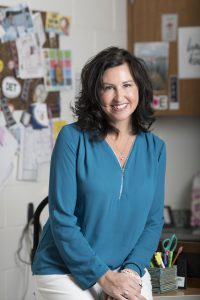 Schipper’s team piloted a sophisticated new online MEA bargaining tool for EA units that she says replaces educated guesses about costs and finances with specific numbers that show what school districts can or can’t afford.

“With this there’s really no arguing about numbers,” the ninth-grade English teacher and chief negotiator said. “The district knows these are the numbers from their audit and from information they’ve reported out.”

After years enduring a crushing double blow of step and pay freezes plus state mandates that shifted a larger burden of health care and pension costs to employees, some bargainers may be eager to accept any increase that is offered—unaware they’re missing bigger opportunities.

“I’m seeing potential for more improvement that could be bargained—not everywhere, for sure—but in many places,” Culver said. “The best way to figure out that potential is to use MEA’s resources… trainings, consulting, research, and various tools we’ve developed.”

The newest of three powerful financial analysis tools created and managed by MEA for use by local bargainers is the Proposal Cost Calculator that Schipper piloted when it was a work-in-progress three years ago. Last year it was rolled out statewide.

The interactive database was built over the past few years by MEA Labor Economist Ruth Beier with technological help from MEA Programmer Analyst Angela Lanczynski. Beier used to spend hours doing those sorts of district financial analyses one by one.

“I got tired of trying to do these by hand,” Beier said. “Angela and I talked about concepts, and we started to build it over time.”

As its name implies, the Proposal Cost Calculator is far from a static collection of data. Users can enter a bargaining proposal—for example, a 2 percent salary increase plus steps—and receive a report in just seconds that details costs to the district down to the penny.

Those who want to use the tool send Beier an Excel spreadsheet with their district’s current salary schedule and staff roster, including step and lane information for each person. Other district revenue and expenditure data is already plugged in.

“What’s great is we can run what-if scenarios, and the district knows we aren’t creating numbers out of thin air,” Schipper said. “They trust what we’re doing is accurate.”

Having access to real numbers builds trust across the bargaining divide, said Curt Schaiberger, the local president in Houghton Lake. His team used the Proposal Cost Calculator to bargain a positive new contract, he said.

“It makes a better relationship to know we’re all working from the same numbers, because it allows more open discussion and a deeper process to go on,” Schaiberger said. “When you know they’re not holding something back, it makes the rest of bargaining easier.”

Standish-Sterling EA President Jeff Katt used the tool with his bargaining team to negotiate a contract that included a percentage increase and two steps in the first year. The ratification vote in favor of the contract was unanimous for the first time ever, he added.

Katt’s team also was aided by information from a second MEA financial analysis tool which shows a district’s revenues and expenditures over time, plus fund balances over time, which helps bargainers see how much money a district has and where it is.

That tool revealed Katt’s district had grown a 27 percent fund equity—unused money held in a “rainy day” fund. The state of Michigan recommends school districts maintain a fund balance of at least 5 percent of their annual general fund operating expenses as a precaution.

Meanwhile, younger teachers especially had suffered from three straight contracts with no increases or steps, he said. “I told the district our young teachers are making $34,000 from six years ago, and they can’t afford it. They’re going to start leaving the education field.”

Across Michigan, fund equities are rising as many school districts recover from the financial difficulties of the past several years, MEA’s Culver said.

By the end of 2017, the amount of money that Michigan school districts held in surplus stood at $1.7 billion—a whopping $555 million increase from the previous year, according to data collected from school district audits statewide.

“The reality is our schools are in a better place financially than they were a few years ago but with the same reduced staff and stagnant wages,” Culver said. “Less staff costs less money.”

Bargainers who want to track those types of district spending trends can utilize a third MEA-developed tool which provides access to data that exists nowhere else.

This database produces profiles of every district’s spending over time and allows searchers to zero in on categories such as total administrative salaries or total teacher compensation, including health care and benefits, dating back to 1994.

Districts that are similar in size, geography, demographic makeup, or other characteristics can be compared to each other. Some bargaining units have used the information to make a clear case that the percent of revenue their district spends on teachers is below typical or acceptable levels.

Kevin Howard, chief negotiator for the Grand Haven EA, has used the profile database in addition to the other tools. The scope and accuracy of the information his team can access through MEA tools builds the team’s confidence entering talks, he said.

“It helps to figure out what is appropriate and fair to ask for—fair for members, fair for the district, and historically consistent with what we’ve typically cost,” Howard said.

For bargainers in districts where the financial analysis shows troubled finances and a lack of money to negotiate over, the MEA’s tools and research can help teams determine what is causing distress and changes that need to be made.

“There still are moments where things get heated, but there’s an element of trust underneath that is so crucial to all of this,” she said. “These tools are one way to build trust, because administrators can see we’re using their numbers and we’re coming from a place of logic and reason.”