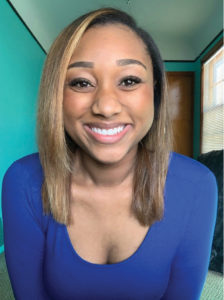 Miah Cooper is a second-year teacher in Essexville, which is a part of the Bay City community where she grew up. The Bay City Central High School graduate was honored by the NAACP during Black History Month in February for service to the community as one of the only black teachers born, raised, and teaching in the Bay City area in the past two decades. The organization recognized her for teaching, coaching, and mentoring young people where she grew up. But Cooper says negative news about the profession almost prevented her from joining it. “I was avoiding a calling for my first year in college, and I think it was the stigma against education that kept me from it,” the sixth-grade ELA and reading teacher said. She believes her third-grade teacher, who was black, played a role in her career choice. “He was one of my favorites, and I don’t know if that was because he looked like me, but I’m sure it played a part.” Now Cooper works in a school without a lot of diversity, but she believes her representation matters there, too. “It’s important for all students to see faces of color and to see that they’re successful and educated. It breaks a stigma that some people don’t even know they still have.”