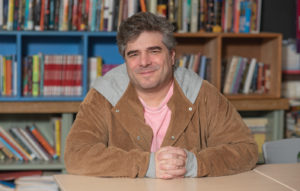 Theresann Pyrett, president of the West Ottawa Education Association, traveled to Washington D.C. in late April to speak with the Biden Administration about the positive impact federal school rescue funds have had on her school district and ways in which Michigan educators need continued support. Pyrett is among a handful of educators from across the […]

Congratulations to MEA member Nanette Hanson, a first-grade teacher in Escanaba Area Public Schools, for being named Wednesday as Michigan Teacher of the Year for 2022-23. Hanson teaches at Lemmer Elementary School and will be entering her 26th year of teaching this fall. “Nanette is a life-changing educator who has been serving her community for […]