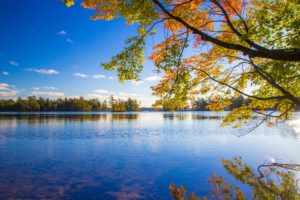 For the past several months, members of MEA and MEA’s higher education branch – MAHE – have begun every meeting by reading a land acknowledgment, which is a formal statement “collectively acknowledging that we meet on the traditional lands served by the 12 tribes of Michigan, upon which those participating in this meeting reside and work.”

Central Michigan University Professor Marcia Mackey says she started the practice last year when she became MAHE president after seeing it done at MEA and NEA meetings. Every month she will ask a different member or leader to read a land acknowledgment related to the Indigenous peoples from the lands where their universities and colleges are located.

Here is the full text of a land acknowledgment that Mackey prepared after being invited to deliver one at an NEA board meeting this month. Her acknowledgment details history of the Ojibwe people – also known as the Chippewa.

The Michigan Association for Higher Education begins by collectively acknowledging that we meet on the traditional lands served by the 12 tribes of Michigan, upon which those participating in this meeting reside and work. We advocate for the sovereignty of Michigan’s federally recognized Tribal nations, for historic Indigenous communities in Michigan, for Indigenous individuals and communities who live here now, and for those who were forcibly removed from their homelands. We honor America’s First People – all elders, past, present, and emerging – and we are called on to learn and share what we discover about tribal history, culture and contributions that have been suppressed in telling the story of America. We particularly want to honor and acknowledge those Native communities deeply impacted by COVID-19 during this pandemic.

I reside and work in the area of the Ojibwe, also known as the Chippewa. Ten thousand plus years ago, Anishinabek lived along the Atlantic seaboard from what is now Nova Scotia to the Carolinas. In 900 AD they began the Great Walk to the Great Lakes area and beyond. The Anishinabek established the Three Fires Confederacy throughout the Great Lakes, which included the Ojibway.

Early French explorers and traders had trouble spelling words for which there was no written languages; therefore, many versions and spellings were recorded over time. The word went from Ojibwe, to Jibwe, to Chipwe, Chippeway, to Chippewa. The Ojibwe lived largely around Lake Superior and participated in the fur trade with French merchants. They are known for their birch bark scrolls, mining and trade in copper, and the cultivation of wild rice and maple syrup. When they were moved to the Isabella Indiana Reservation, the conditions were extremely grim. Lumbermen swindled them out of some of the best stands of white pines in the region.

The history of the tribe is one of faith, perseverance, and resiliency. Gitche Manido, the Great Mystery, provided their people with many gifts that gave them the endurance and strength to survive decades of tremendous change. Throughout time they have faced the winds of change and have relied on their traditional teachings, gut instincts, and common sense to secure a future for the tribal nation. Today, the Saginaw Chippewa Tribe is the largest employer in Isabella County, MI.

Decades ago, while hiking along the Appalachian Trail, I met a member of the Chippewa Tribe in Isabella County, MI. The native quote he passed along to me, remains in my heart today:

“Be true to yourself, for you are the only person that will be with you, for your entire life.”

By offering this Land Acknowledgement, MAHE honors these ancestral grounds and celebrates the resilience and strength that all Indigenous people have shown worldwide.

Some long-awaited proposed changes to the state’s educator evaluation system have been introduced in the Michigan Legislature. Now action is needed to push lawmakers to move the bills. One pressing issue for educators – the percentage of student growth included in teacher evaluations – has two GOP-sponsored measures awaiting action. That student growth requirement is […]

Gov. Gretchen Whitmer called out GOP leaders in the state House and Senate today for withholding federal COVID relief money approved by Congress last December, which included $1.7 billion for the state’s schools to address safety concerns amid the pandemic. More than 95% of schools in the state have announced plans for some level of […]