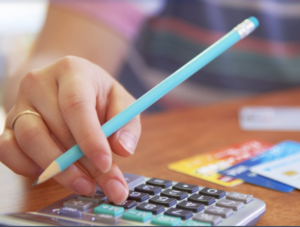 With this crisis, however, comes the opportunity for transformation. That is why MEA and NEA are uniting educators and our allies to fight for a higher education system that is accessible and affordable to everyone. Learn how you can take action and spread the word here.

Important findings within the report include:

• About three-fifths (59%) of educators with unpaid loans reported that the debt had a bearing on their ability to build up their emergency savings and four in 10 said that paying off their student loans impacted their mental, emotional, and/or physical well-being.

• Two-thirds of educators ages 61 and up with unpaid student loans report that paying down their debt has affected their ability to save for retirement. Even half of the youngest educators— those ages 18–35—said that this was a predicament for them.

Finding light and being the light during dark times. That’s the theme of MEA’s winter webinar series, “The Light of Winter Stars.” An offering of MEA’s Center for Leadership & Learning, this new series of peer-led, SCHEH-eligible webinars will run from January 18 through March 24. Topics for this series include managing stress and anxiety […]

— The MEA Center for Leadership & Learning will be launching a new SCECH-eligible book study next month. “The Laramie Project,” by Moises Kaufman, is a play that explores the brutal murder of Matthew Shepard, a gay man living in Laramie, Wyoming. After going through the original play, participants will then read the epilogue, “The […]