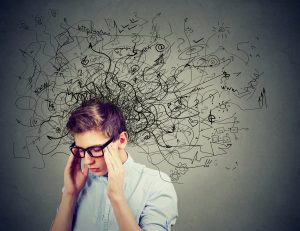 It’s being called a silent epidemic; a crisis.

More and more young people from K-12 schools to college campuses are experiencing anxiety and depression, a problem accompanied by a dramatic growth in youth suicide.

Rural and urban, large and small, rich and poor. No community is immune, and schools across the state are trying to address the problem despite shrinking resources.

But one thing is certain. This issue demands to be called something new: a priority.

Above and Beyond – An MEA member in Brighton has spent 10 years developing a first-in-the-nation program to bring service dogs to every building in the district, helping to address students’ social-emotional needs. What’s more, the program is completely funded by the community.

Members Bring Mindfulness to Schools – MEA members are in the vanguard of a movement that is bringing a practice known as mindfulness to schools across Michigan and the U.S. More than a fun extra, mindfulness initiatives aim to help address growing concerns about youth mental health as teen suicide rates are increasing and studies show more than one-third of American young people suffer from anxiety.

Breaking the Silence – School districts across Michigan are facing an alarming rise in student mental health issues, along with increasing rates of youth suicide. Read more about what some districts are doing to help bring the issue out into the open and offer students tools to address the crisis. 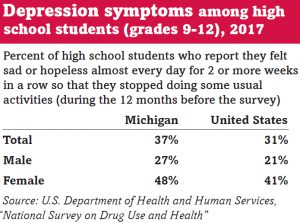